Nokia Returns From The Dead

Has Nokia returned from the dead! Don’t be silly! Nokia has just confirmed 4 brand new handsets which will hit the mobile phone market this year, one of them being the revamped classical Nokia 3310 which we wrote about in a previous blog.

This is a great comeback from 2014 when they packed in the manufacturing of the Nokia Windows phone which failed miserably. Going forward the new Nokia phones will be backed up by androids operating system which competes with the likes of Apple.

So what has Nokia got to offer:

The Nokia 6
The first Nokia phone to make it back since 2014. This phone comes with a 5.5inch full HD display alongside with great sound quality supported by Dolby Atmos Sound. The phone comes with a satisfactory 16MP camera on the rear and an 8MP wide-angle camera on the front. The base of the unit comes in 5 colours including a limited edition glossy Arte Black. The Nokia 5 comes with a standard storage size of 32gb which can be increased by using an SD card.

The Nokia 3
Last but not least the Nokia 3 will be the cheapest of them all which comes with a 5 inch HD Display, it will available in three colours with a standard storage size of 16 GB, again with availability to increase. The Nokia 3 comes with a basic 8MP camera on both the front and back of the device.

All 3 phones come with the Gorilla Glass display which is a great feature to avoid screen damage in those big accidental drops. There is no actual release date for now, but we believe the phones will hit the market just before summer and the prices will range from £117 to £195. 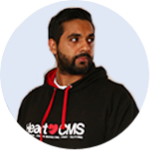