Most people use Facebook to connect with friends and family and to stay in touch wherever they are in the world.  However every so often, people tend to get strange messages from different accounts and it is hard to tell if they’re legitimate or someone being suspicious.

Facebook are finding a way to combat this uncertainty by letting users know the location of the phone number linked with the account and then they can see if it has recently been created.

The feature will hopefully identify any suspicious accounts that send unwarranted direct messages to people’s inbox, letting users know the account’s country of origin by their phone number.  Facebook have confirmed that it is testing the feature but haven’t disclosed when it will be available yet.

The feature should be able to detect accounts so people don’t fall into being scammed and don’t receive unsolicited, inappropriate message from accounts with either a false information or a misleading identity.  There is an element of Facebook fighting bots from countries like Russia already in their tests.

The tests carried out indicate that it can notify a user when an unsolicited message has been sent from a Messenger account that isn’t linked with an official Facebook account and when that account is tied to a Russian phone number.  The test shows that it will also list if the account has been ‘recently created.’

Facebook has been wary of Russian bots and fake accounts as it is still dealing with Russia’s huge state-sponsored misinformation campaign that was rolled out in the run up to and throughout the 2016 presidential election.

The company is said to still be actively suspending accounts linked to the Internet Research Agency, which is a propaganda outlet linked with the Kremlin.  They’re dedicated to planting misinformation and distrust in the American public through fake accounts, pages, news and even comments on US social network sites.  Facebook are also working with researchers to measure the impact the fake news had on the elections and what the overall effect of misinformation in the News Feed is.

Additionally, Facebook has also launched a new literacy campaign in May, alongside a large scale print advertising campaign in hope that they can educate both the general public and its current users about misinformation and how to be aware of fake news.  They’re committed to using as many resources as possible in their artificial intelligence research division by using automated software to fight misinformation, though there is still a long way to go before automated technology can surpass human-guided moderation and oversight.

Facebook have been keen to ensure their brand is coming across as a family and friend based social media network like it used to be with the use of TV adverts and radio adverts in the UK and US.

At HeartCMS we can monitor and control your social networks for you so we can easily recognise any unreliable or untrustworthy accounts trying to contact you and your business,  check our our online marketing page to discover more or call us on 0800 471 4841.

Do you still trust Facebook? Do you think this feature will make it feel safer for you again? Let us know in the comments! 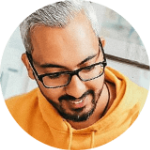