Group administrators on Facebook will be able to start charging anywhere from $4.99 (£3.81) to $29.99 (22.88) a month for membership in certain groups.  The first groups to trial this will be parenting, cooking and home cleaning groups.

Free groups will remain in place for now, but the group administrators will soon be given the option to launch premium sub-groups.  For example, lifestyle blogger Sarah Mueller’s Declutter My Home group will be starting an Organize My Home group that comes with a monthly subscription fee of $14.99. Likewise the Grown and Flown Parents group is making a College Admissions group that will charge $29.99 for access to college counsellors in the US.

Facebook groups have always been free so charging a fee may heighten the exclusivity of the group or alternatively it could just turn more people away from using the group.

The idea behind the change is that group admins, who put a lot of their own time and effort into creating valuable content for their groups and growing a community, can be rewarded for their efforts and earn money.  The company also say this could lead to admins creating higher-quality content for the group with the money they earn, whether that is more posts, better edited videos or holding events.

Currently, the feature is still being experimented on mobile and Facebook will not be getting a cut of any subscription fees.  However, as part of the standard App Store and Play Store policies, Apple and Google will be taking a percentage of the fees via iOS and Android.  Unlike Facebook’s News Feed that relies on advertising, subscription fees are really the only way of monetising Facebook groups.

Would you pay a subscription fee to a Facebook group or would it put you off being a member of that group all together?  Let us know in the comments below… 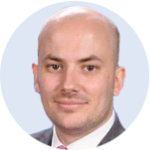